At the very basic level, horizontal exits cannot serve as the only type of exit from a portion of a building, and where two or more exits are required, no more than half of those can be horizontal exits. There are, however, exceptions to this provision.

The ﬁrst exception is for Healthcare occupancies, such as hospitals and nursing homes, where up to two-thirds of the required exits may be horizontal exits. In most cases, the occupants in this type of occupancy are nonambulatory, while some may even be bedridden. In this situation, the horizontal exit provides a refuge area, giving rescue workers additional time to evacuate all occupants.

The second exception is for Detention and correctional occupancies, which include jails, prisons, and other facilities where the occupants are conﬁned. This exception allows 100% of the required exits to be horizontal exits. For obvious reasons, the majority of occupants in this occupancy type need to be under control, even during an emergency. Therefore, the code permits the occupants to be transferred from one secure area of the building to another secure area.

Horizontal exits can operate in one direction or both directions. If operating in both directions and if the areas served on each side of the horizontal exit have occupant loads of 50 or more, then a minimum of two doorways will be required, each swinging in the direction of egress travel from the side served (Figure 10.3.3-1).

The beneﬁt of using a horizontal exit is that it can replace a required stairway if three exits are required from a story. To illustrate this, assume a ﬂoor in a (business) oﬃce building has 650 occupants. In accordance with NFPA 7.4.1.2, three exits are required, which would typically be accomplished by providing three interior or exterior exit stairways (Figure 10.3.3-2). 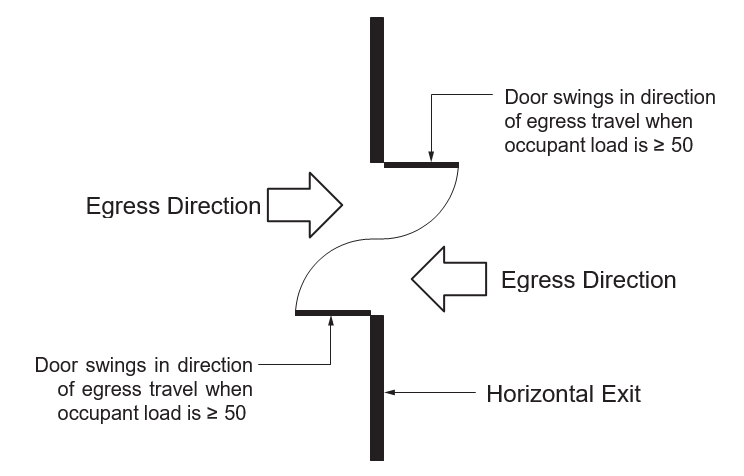 FIGURE 10.3.3-1.   Doors in horizontal exit swinging in direction of egress travel when egress is considered from both sides and the occupant load is 50 or greater.

FIGURE 10.3.3-2.   A ﬂoor plan of a building story indicating the three required exits based on the story’s occupant load. 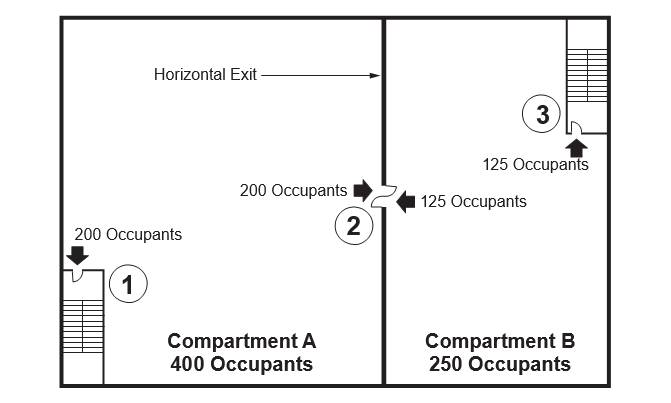 FIGURE 10.3.3-3.   The same ﬂoor plan of the building story with a horizontal exit in lieu of one of the interior exit stairways.

All the information(s) in this website are intended as a personal reference or notes only, we shall not be responsible for any loss, damage or injury that may be suffered by anyone in connection with the use of the facilities designed based on the recommendation of this website.